In Spring 2009 Interlinea Group organized a special tour for the Auburn University’s College of Human Sciences and Women’s Philanthropy Board. The Cultural, Medieval and Culinary Study Tour of Italy included a visit to the Castelli Romani, Umbria, and Venice, “Queen of the Adriatic.”

The tour began in Ariccia, home to the Joseph S. Bruno Auburn Abroad in Italy Campus and city of the family of the Chigi, featuring an opening ceremony of the newly renovated Chigi Palace, and a special tour with the world-renowned expert on Bernini, Professor Francesco Petrucci.

After a tour of the little towns of the Castelli Romani, the tour continued in the beautiful region of Umbria where our participants visited the medieval towns of Orvieto, Assisi, Perugia, Deruta, Bevagna, San Pietro in Valle, and Spello. As they made their way to Venice, they explored important sites including Ravenna, former capital of the Roman Empire, and other selected sites along the way.

For the last three days, the group visited Venice “City of Water” and surrounding areas where our participants had access to and tour some of the key cultural highlights; museums, glass factories (Murano), famous restaurants, and the Islands of Torcello and Burano.

Our guests really enjoyed this study tour which immersed them in the Italian medieval history, as well as the country’s culture, and culinary customs. 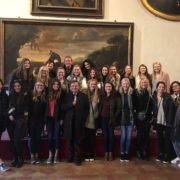 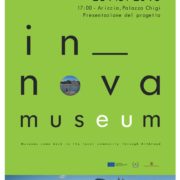 In_NovaMusEUm Museums come back to the local community through Art&Food 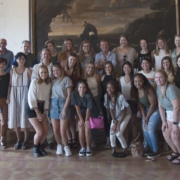